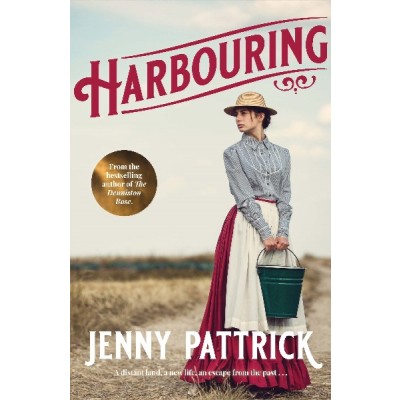 It is 1839 and Huw Pengellin is desperate to find a better life for his family than the one he ekes out in Wales. His wife, Martha, is fully aware just how foolhardy Huw's schemes can be, but she is keen to escape the foundry slums, as well as Huw's brother Gareth, with 'his hot eyes and roving hands'. Might Colonel Wakefield's plans to take settlers to the distant shores of New Zealand offer a solution?

On the other side of the world, watching the new arrivals, is Hineroa, who is also desperate to find a better life. Will she be a slave for ever, will she ever be reunited with her people, and will the ships that keep sailing into the bay bring further trouble?

Change is underway, not just for these characters but also for the crescent of beach, thick bush and steep hills that are about to become the bustling settlement of Wellington. [Taken from book cover, Penguin Random House]

"Rivetting reading. I couldn't put it down. I think this is Pattrick's best so far."

"Refreshing and easy to read. I enjoyed Pattrick's descriptions of the early life of New Zealand."

"A gripping plot. I really enjoyed the book and found it hard to put down."

"Pattrick weaves together the European and Maori cultures demonstrating both the differences and the links. She makes no judgements, more a curious observer."

"A well-written book which I enjoyed."

"An easy read but it challenges some of the reader's assumptions (eg, wealth, poverty, land grabbing by wealthy foreigners, male/female roles in society, sexual behaviour)."

"It was a very easy and interesting book to read. The characters were well-developed and appropriately human."