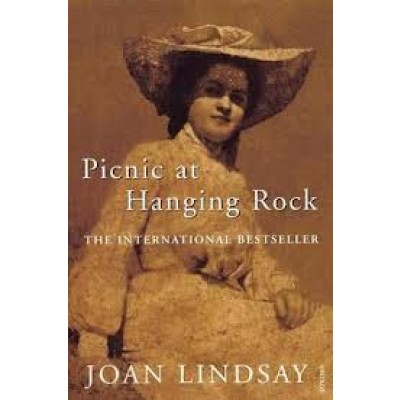 Nineteen school girls accompanied by their teachers set off for a day's outing. An Australian "more-than-a-mystery" story of an innocent and happy outing that ends in tragedy.

What a gripping story! Very cleverly crafted. Hard to put down once started. Ashhurst 001 Most of us remembered the film (which was memorable!). We all found the descriptive writing brought us right into the story - a great yarn! Wellington 074 A mixed response. We thought the story was rather too far-fetched to be plausible in places. We thought some of the characters could have been further developed. Wellington 130 We had a good discussion about the role of fantasy etc in literature. Many of us had memories of reading the book when much younger, and going to the movie. Wanganui 008 Most of us were so enchanted that we didn't want to return the books! Warkworth 003 This was our first book - we thought it a great choice to start with. We had a lively discussion with much checking of text when someone came up with an idea others hadn't thought of. Many would have liked to take it away to read again. Lower Hutt 008
Pages
213
Year
1967

This book was not one of our favourite choices. Rather slow at times , and we were left with too many unanswered questions.