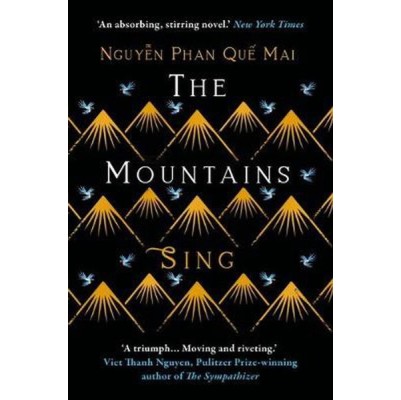 With little choice in the matter, Dieu Lan has become the resourceful and unwavering matriarch of the Tran family, shepherding her divided clan through the turbulent events of her nation's history - the Japanese Occupation in WWII, the Land Reform and the 'American' War.

Narrating the story of their family's fluctuating fortunes, Dieu Lan and her granddaughter Huong tell of survival and resilience, and the triumph of love and hope over conflict and loss.

Based on the experiences of the author's family, this is an unforgettable novel told in beautiful, lyrical prose, with a unique perspective of twentieth century Vietnam.

"A well-written story which portrays the atrocities the family lived through, without being depressing."

"It is so good being able to read a story of the Vietnam War - or American war - written from a Vietnamese point of view."

"This is not an easy read, and nor should it be."

"I learned a lot from this book. I realised how little I know of the Vietnamese struggles and that everything I had learned was from the Western perspective."

"This book is for readers wanting to learn more about other countries from their point of view. But it's not an easy read as the story contains descriptions of brutality, murder, rape and cruelty. If you can cope with this, you'll be pleased you read this book."

"It is unusual and important to read about Vietnam in a way that excludes the French and the Americans from the narrative."

"There is a lot of hidden (from us in the 'west') history here, particularly the part about the land reform."