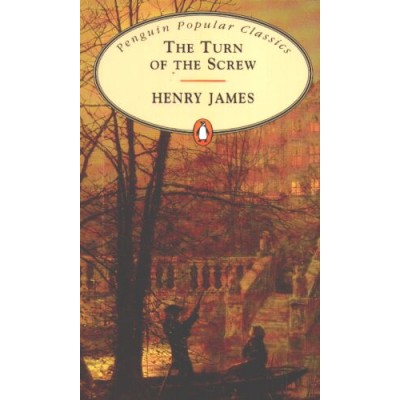 Turn of the Screw, The

A psychological novel and a ghost story in which the spirits of children reappear to haunt a governess. Or do they? [Small font]

We found the small print of 'Turn of the Screw' detracted from our enjoyment of this book. Some of us had read it before and found it as 'spooky' as ever!! Lower Hutt 004 Antique language and style, but a thrilling psychological drama. Awhitu 001 The overall comments were that the book's language was extremely flowery, and not what we (in the 21st century) are used to. Apart from that perspective however, the book was an interesting choice to illustrate how much writing styles have changed. Auckland 276 We felt the book asked more questions than it answered, however, as often happens, the discussion made some realise they had enjoyed the book more than they thought. Some got to watch the movie before reading the book, and realised that it was the language rather than the story they didn't like. Drummond 001 'Turn of the Screw' was not liked by all, but it was a good opportunity to read some more of the other stories by Henry James. We decided that the 'Turn of the Screw' challenged our credulity - we found it hard to accept how superstitious society was in those days. We had a great time dissecting some of the characters; we felt we couldn't really believe in any of them! Nevertheless our discussion was certainly lively! Lower Hutt 006 Although we may not have been terribly impressed with this 'ghost' story by Henry James - there is no doubt that he loved the written word, and showed great attention to form and detail not found in fiction today. Provided great group discussion. Auckland 066 Not everyone in the group could survive this book's 'wordiness'. Some finished, others persevered partway! The obscure language and meandering style made it a reasonably laborious read. Wanganui 005
Pages
296
Year
1898

A disappointment for most who struggled with the Victorian concepts and writing style, though there was an appreciation of this as a period piece.

Only two people really enjoyed the book - they found it sent chills down their spine from the very beginning. They liked the way the story unfolded. Others did not like the story and found it dated. I thought that era's style was wonderful with their use of large words that are not used today.

Not everyone in the Group could survive this book's wordiness. Some finished, others persevered partway! The obscure language and meandering style made it a reasonably laborious read.

Great variety of discussion about different interpretations of the story.

Very complicated language, overly long descriptive sentences. At the end of 'The Turn of the Screw' we still weren't sure what happened to Miles, and who the ghosts were.

Those who could cope with the print enjoyed this!

The reaction of the group was mixed. A number of people found the book hard to read because of the elaborate style. Some found the book couldn't hold their attention. The supplied discussion notes were particularly good, and added greatly to our discussion of the book.