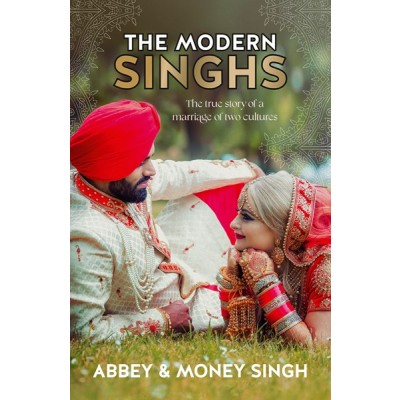 They are an unlikely couple - Abbey Brown was a Scottish immigrant and Money Singh an Indian Sikh who had also arrived in New Zealand as a child. They meet at work and the rest, as they say, is history … but not until they face the challenge of bringing together two diverse cultures and finding common ground.

Known as The Modern Singhs, they now share their experiences via social media, exposing a wide audience to many contemporary issues, amidst rich cultural traditions.

Narrated by both Abbey and Money, and written in simple, engaging prose, this is a fascinating account of a family and a marriage embracing difference.

"The young couple's story is very interesting and very readable."

"This is not an academic or very 'deep' book, but it is very informative with a sense of love and happiness alongside the cultural challenges."

"In simple, engaging prose the authors present an honest, open discussion on cultural and religious differences and how these were approached and resolved in their relationship."

"This book is a tribute to the couple. They felt good about working through their issues and wanted to help other such couples who were also struggling."

"A lovely human-interest story and you can't help but wish them well."

"It is fascinating to read about how people can make a living by posting to social media."

"It would be easy to dismiss this story as 'lightweight', but readers should persevere as a range of contemporary issues are openly discussed by the young couple."

"The writing style is chatty and each one spells out his or her attitude."

I found it very interesting to read how Sikh society is organised and the importance of rituals and food."