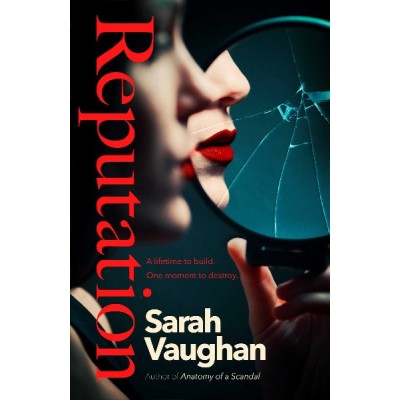 Gripping and confronting, this English story is a page-turner, highlighting the abuse and misogyny peddled on social media, the power of the mainstream media to create, shape and influence reputation and the challenges faced by women who are in the public eye.

"This was such a good book to read. I do enjoy Sarah Vaughan's books."

"A good read with the growing terror building up until the trial. The uncertainty of the verdict and the build-up to it are equally gripping."

"A fast moving, gripping book and a quick read."

"Realistic scenarios - pressure on public figures, difficulties of child sharing, power of social media, and many others."

"I did not initially warm to Emma and had to force myself to continue. I'm glad I did as it became very gripping."

"This story clearly demonstrates the dangers of social media and other concerns of modern times."

"Information is dealt out a little at a time, so the reader keeps wanting to know more."

"I found the book slow to begin with. It becomes gripping after the journalist's death."