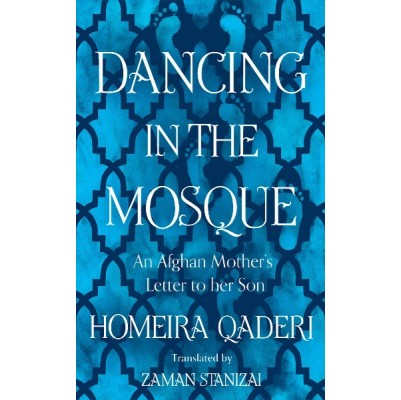 Dancing in the Mosque

Growing up, Homeira Qaderi was a stroppy teenager daring to homeschool girls in Afghanistan under Taliban rule. Her rebellious nature never abated and following marriage at seventeen, life as a refugee in Teheran, opportunities for higher education and then a return to post-Taliban Kabul, she remained staunch, particularly when her husband decided to take a second wife.

Promptly divorced for her defiance in opposing his intention, her toddler son was taken from her (as permitted by Afghan law).

In this powerful and riveting memoir, the author, a writer and activist for women's rights, shares the story of her life and directly addresses her son who was told she was dead.

"It's a heart-wrenching and powerful read."

"It's a powerful and eye-watering read. I only hope she is able to see her son again."

"The book covers a hugely eventful period, told sparsely and concisely in many respects."